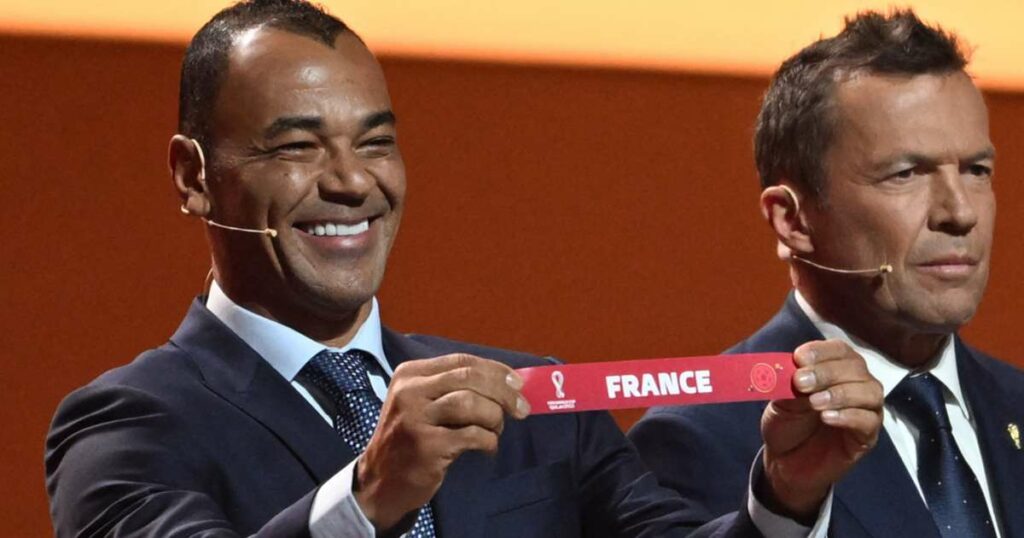 The groups for the 2022 FIFA World Cup were drawn on April 1 in the Qatari capital, Doha. Reigning world champions France and Euro 2020 finalists England drew relatively easy opponents, while former winners Spain and Germany were pitted against each other.

Les Bleus will have to climb out of a group containing Denmark, Tunisia, and one of Peru, Australia, or the United Arab Emirates, if they wish to defend their World Cup crown. Didier Deschamp’s men were handed an easy draw, as were England, who drew the United States of America, Iran, and one of Wales, Scotland, or Ukraine.

England and the United States meet in an international competition for the first time since the 2010 World Cup, when a howler from goalkeeper Robert Green allowed the Americans to steal away a 1-1 draw.

Spain and Germany found themselves in the same group – Group E – when the balls were drawn; the two met in the semifinal of the 2010 edition of the tournament in South Africa, where a Carles Puyol header took La Roja to the final – which they would go on to win, eventually.

Returning to the competition after 36 years, John Herdman-led Canada were drawn alongside 2018’s runners-up Croatia and bronze-medallists Belgium, along with either Costa Rica or New Zealand.

In the penultimate group, Brazil, Switzerland, and Serbia found themselves in the same group, four years on from the last edition of the competition, alongside Cameroon.