UP Yoddha, Bengaluru Bulls emerge victorious in PKL8 eliminators to qualify for semifinals 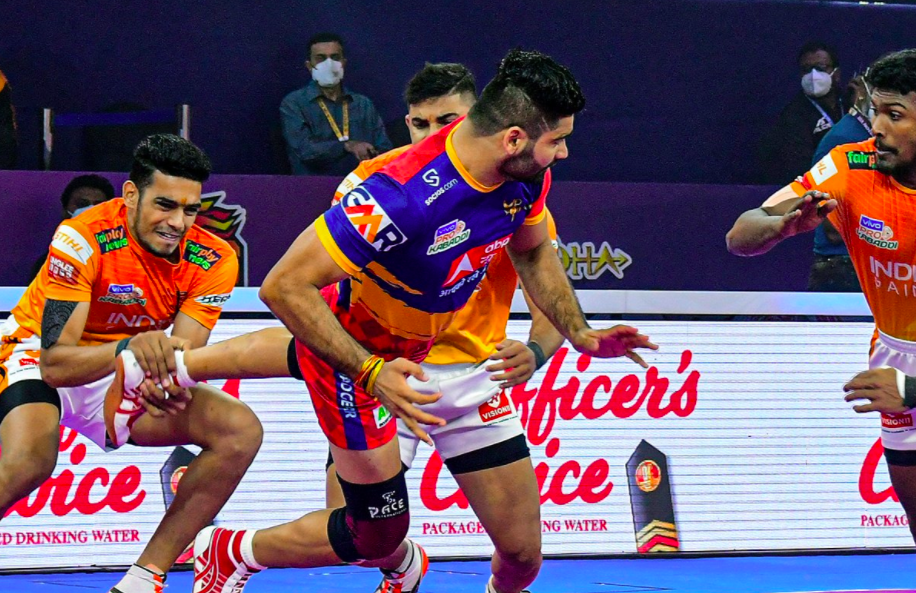 In the first game, the experienced UP Yoddha were up against a young Puneri Paltan side. UP were playing in their fourth consecutive playoff match, while most of the Pune side did not have the experience at the top level. That showed in the end result as PP lost 42-31. They got all out thrice during the course of the game.

Puneri Paltan, though, started on a bright note as they tackled Pradeep Narwal in his very first raid and inflicted the first all out of the game within minutes to get a healthy lead of eight points.

But the experience of Narwal in the playoffs came to the Yoddha rescue as he changed the course of the game with a five-point super raid.

Pardeep scored a total of 18 raid points, his best performance in the season so far. He was ably supported by Sumit in defence, who scored a High 5. Puneri Paltan’s Aslam Imandar scored a Super 10, but other players just couldn’t handle the pressure.

Bengaluru Bulls completely decimated Gujarat Giants in the second Eliminator as they beat them 49-29. The star for the Bulls was once again Pawan Kumar Sherawat, who scored a Super 10. He got support from his defenders as Saurabh Nandal and Aman took four tackle points each. The best raid of the game was done by Bharat, who changed the game completely with a four-point super raid.

The Giants couldn’t really give a fight to the Bulls as their main raiders Ajay Kumar and Mahendra Singh Rajput struggled to get going. In defence, the pair of Parvesh and Sunil could only manage five tackle points. Apart from Rakesh, who managed eight raid points, no other player stepped on the occasion.