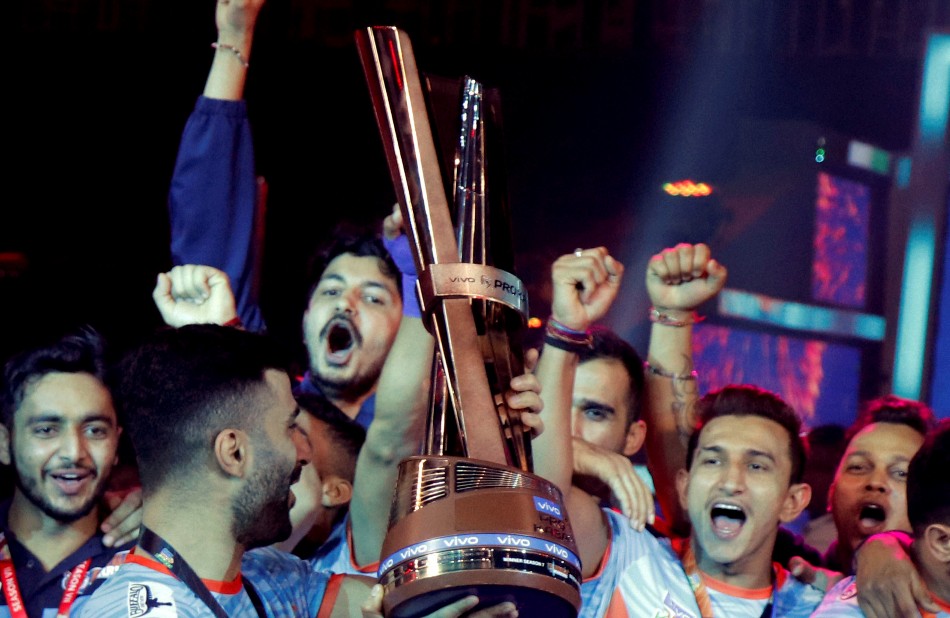 The Vivo Pro Kabaddi League season 8 is nearing its end, with the playoffs slated to begin from February 21. But before that, three teams are still to be finalized for the last six. There are three league games still left, and five teams are still in contention for a place in the playoffs.

Patna Pirates, UP Yoddha and Dabang Delhi have already secured their place in the top six.

While Bengaluru Bulls, Haryana Steelers, Gujarat Giants, Jaipur Pink Panthers and Puneri Paltan are still in contention for a place in the final six. Here we look at what these five teams need to do to qualify for the playoffs.

The Giants are currently in the seventh position with 62 points from 21 matches. If they win their last game against U Mumba, they will qualify directly for the playoffs without worrying about other results. If they lose, they would be eliminated nevertheless. But if they tie their game and Haryana lose their last game to Patna Pirates, the Giants will be through.

The Bulls have played all their fixtures and have 66 points from 22 games. They have almost qualified for the playoffs. But they would be eliminated if JPP, HS and GG all win their encounters, as these teams would have more points than the Bulls. But Randhir Sehrawat’s men would qualify if any of these lose their last remaining game.

A loss in their second last game means that Pune doesn’t really have their faith in their own hands. Even if they win against the Pink Panthers, they won’t still be able to qualify directly if their score difference is not higher than the Bulls. If they lose to the Panthers, they would be eliminated.

The Pink Panthers can qualify directly for the playoffs if they win their final game against Puneri Paltan. If they lose, they would be eliminated. But if the game ends in a tie, they would have to hope that the Steelers and the Giants both lose their last games.

This season has been the most competitive ever as five teams are still in contention for the playoffs as the league stage ends today.