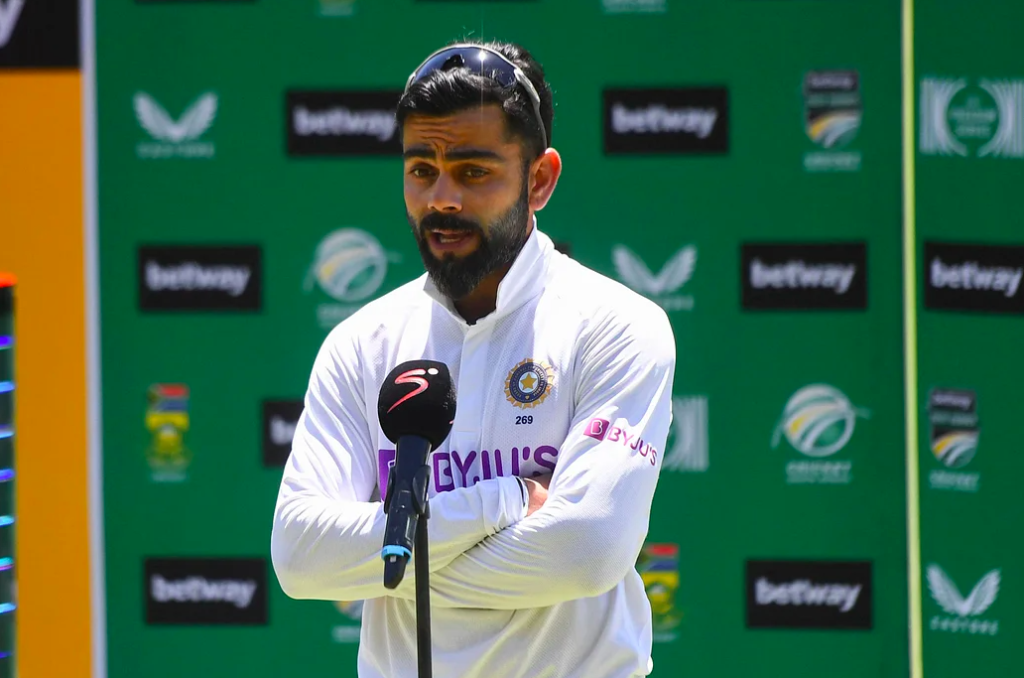 The skipper was disappointed with his team’s batting performances throughout the series and called it the major reason why they ended with a 2-1 scoreline against an inexperienced South African side.

India made it past the 300-mark only once in the three-match series in difficult conditions against a robust home team pace attack, which has only further put the struggling middle-order under scrutiny.

This, including Cheteshwar Pujara and Ajinkya Rahane. The duo made fighting half-centuries in the second innings of the second Test in Johannesburg. But averaged only 20.66 and 22.22 for the series, respectively. Since the start of 2020, Pujara and Rahane are averaging 26.29 and 24.08 across 20 and 19 Tests, respectively.

At a time when Kohli is also going through a sustained period without the big scores and the team has been carrying a longish, thin tail, India needed Pujara and Rahane to raise their games. But despite being backed to play all three Tests, the veteran duo couldn’t quite repay that trust, which proved really costly to India’s series’ chances.

Speaking to the press during the post-match press conference on January 14, Kohli didn’t pick out any names but did agree that India’s batting is what held it back from winning this series after taking a 1-0 lead in Centurion.

There have been concerns around the bowling too after India gave away 240 and 212 each in the final innings of both Johannesburg and Cape Town Tests. But Kohli chose to focus on the elephant in the house.

“It is definitely batting (the area of concern). I don’t think we can pinpoint any other aspect of our game as a team. Yes, the batting obviously has to be looked into. There’s no running away from that.

Having collapses every now and then is not a good thing. And that’s something we need to analyse and correct, moving forward,”

he was quoted as saying by ESPNcricinfo.

Prolonged struggles have led to calls for both Pujara and Rahane to be dropped and for India to rebuild their middle-order with an eye towards the next cycle of overseas tours, likely starting with a tour of New Zealand in early 2024. But Kohli said the future of those two batters is not in his hands and that it is an area for the selectors to comment on and take a call.

“Honestly, I cannot sit here and talk about what’s going to happen in the future. That’s not for me to sit here and discuss, you probably have to speak to the selectors, what they have in mind, because this is not my job.”

Kohli once again reinforced a supporting tone for both Pujara and Rahane and highlighted the value of their second-innings fifties in Johannesburg and the contributions they have made for the team over the years. But then left the onus on the selectors to decide how they wish to see the team going forward.

“What the selectors have in mind and what they decide to do, I obviously cannot comment at this moment sitting here.”

On a positive note, Kohli heaped rich praise on wicketkeeper-batter Rishabh Pant for making an excellent hundred in the third innings of the decider. In an innings where Kohli’s 29 was the next best score and the team made only 198, Pant struck an unbeaten 100 off just 139 balls in trying circumstances.

It was a turnaround of sorts after Pant’s struggles in the previous five innings of the tour. Kohli said it was an innings that highlighted the “talent he possesses” and shall inspire Pant to learn from his earlier mistakes, enabling him to perform more consistently for the side.