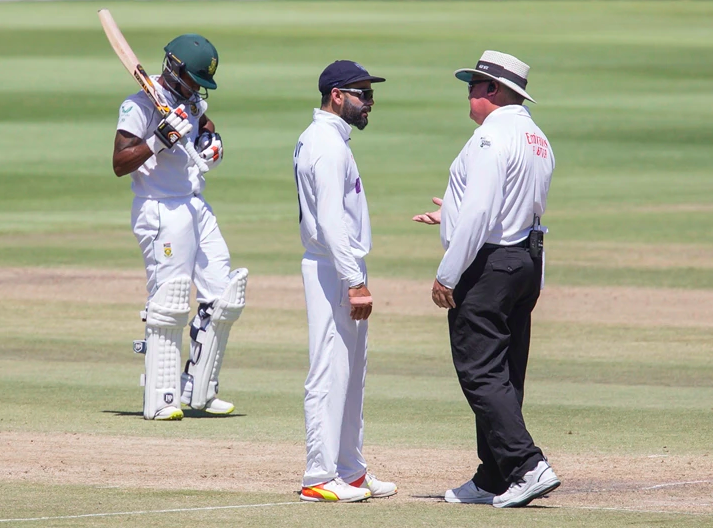 India failed to conquer its final frontier on yet another trip to South Africa, losing the series-deciding third Test by seven wickets on January 14. The tourists weren’t able to defend the modest target of 212 in the final innings in Cape Town after South Africa’s collective batting effort took them through again.

Keegan Petersen led the way for his side at No.3, playing another exceptional knock of 82 to guide his team past the difficult waters and eventually push them to a victory.

The 28-year-old was ably supported at the task by Rassie van der Dussen (41*) and Temba Bavuma (32*), who took South Africa to the winning post with a watchful but in-control stand of 57 runs for the fourth wicket.

Resuming play on 101/2, which they had reached thanks to skipper Dean Elgar’s important 30, South Africa had to play through a difficult opening burst from both ends by Mohammad Shami and Jasprit Bumrah. But once they survived that, it was their game. Petersen, as well as Dussen and Bavuma, made every scoring opportunity count against an Indian pace attack that wasn’t quite at its best in terms of consistency.

Petersen did get out to Shardul Thakur when he tried to cut one from the off-stump but edged it onto the sticks. But by then, the train had left as Dussen and Bavuma rallied on the good work done with the bat in the previous two sessions by their side and finished off the proceedings.

For India, it will be a case of bitter disappointment to be losing the series after winning the first Test handsomely in Centurion. But they had a failure in both departments in the last two games. While much of the focus will fall on the batting, especially the struggling middle-order, the fact that India could take only three wickets in run-chases of 240 and 212 shall also raise eyebrows.

Thakur showed better control in this Test match but to sustain himself in the side as a bowling allrounder at eight and a support seamer overseas he needs to do that over long periods of time.

India will rue their third-innings batting effort where they were bundled out for only 198 after taking a first-half lead of 13 runs. This also they reached only because of a magnificent hundred from Rishabh Pant (100* off 139). In a sorry-looking scorecard, the next best score was 29 by skipper Virat Kohli.

India’s batting faltered and was one man dependent even in the first innings where apart from Kohli’s 79, no one played a substantial knock. The next best score was 43 from Cheteshwar Pujara at No.3, who is one of the batters under scanner along with Ajinkya Rahane for his prolonged struggles.

The South African innings wasn’t that different, with Petersen making a 72 while the rest struggled and they made only 210 in response to India’s 223. But that was a rare innings for the hosts, who had more batting heroes standing up from time to time throughout the series.

On the bowling front, Kagiso Rabada (4/73 & 3/53) and Marco Jansen (3/55 & 4/36) were the stand-out performers for South Africa in the Test match. Lungi Ngidi also made India’s life very difficult with the ball.