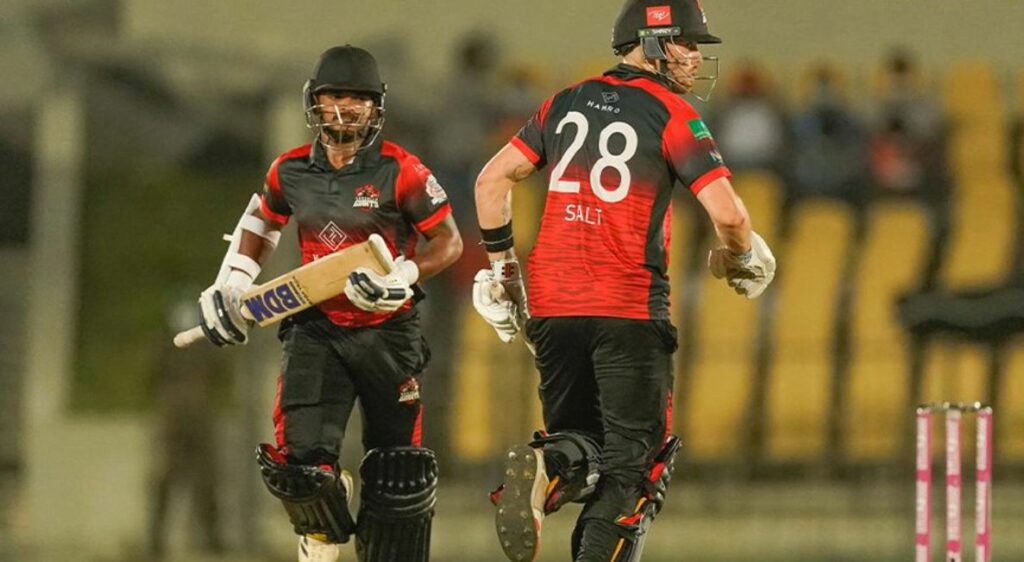 The playoffs double-header on December 19 in the Lanka Premier League 2021 saw Dambulla Giants beat Colombo Stars in the Eliminator and Galle Gladiators defeat Jaffna Kings in Qualifier 1. Both the games were played at Mahinda Rajapaksa International Stadium in Hambantota.

In the first encounter, Stars won the toss and opted to bat first before some strong display with the ball from Giants kept them down to a modest 145/6.

Stars skipper Angelo Mathews scored a fighting half-century (50), while Pathum Nissanka (42) was the second-best run-getter. But the rest failed to come to the party, which meant that Stars had to settle with a score below the 150-mark.

Nuwan Pradeep (2/23) and Imran Tahir (2/25) were terrific with the ball for Giants. In the run-chase, the Giants did start shakily, being reduced to 20/2. But then fine thirties from Philip Salt (32) and Najibullah Zadran (34) combined beautifully with Janith Liyanage’s (56*) breezy half-century to make the chase easy for the Giants.

Dushmantha Chameera (1/24) and Naveen-ul-Haq (1/26) bowled with decent control for the Stars, but lack of runs on the board eventually came back to haunt them.

In Qualifier 1, Gladiators conquered the Kings’ challenge by a huge margin of 64 runs after posting a mammoth 188/5 batting first. Kusal Mendis’ terrific 85 and 55 from Danushka Gunathilaka propelled the Gladiators near the 200-mark.

Wahab Riaz (2/33) and captain Thisara Perera (2/36) ended with two wickets each for the Kings.

In the run-chase, Kings collapsed like a pack of cards, scoring only 124 in response to the Gladiators’ total. Opening batter Rahmanullah Gurbaz (59) played an impressive knock up at the top, but there was nothing to write home about from the rest of the Kings batting unit.

Nuwan Thushara was the chief destroyer with the ball for Gladiators. The pacer took a rare T20 five-fer to end with astonishing figures of 5 for 13 off his 3.5 overs.