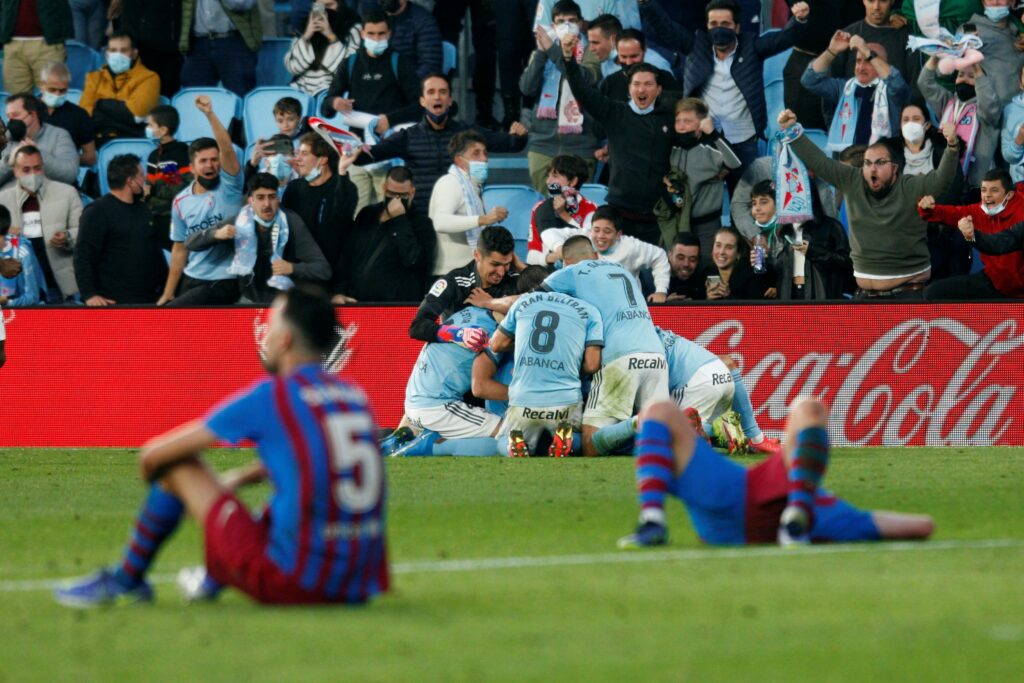 Despite announcing Xavi Hernandez as their next manager before the start of the game, Barcelona failed to provide an impressive result in match week 13 of the La Liga season. Big wins for Alaves and Cadiz pulled them away from the relegation zone, and plenty of other action in Spain on an entertaining Saturday.

The game hogging all attention was Barcelona’s 3-3 draw against Celta Vigo. It seemed for a while like the Catalans have regained their form with early goals. But an unreal come back from the hosts pulled the paper away from the cracks, and exposed the bigger problems at Barca once again.

Ansu Fati gave them a stellar start with a perfectly timed run and curled shot, just five minutes into the game. Sergio Busquets was left unmarked in the box as he squeezed home a second with Gonzalez’s cross. Memphis Depay tripled it in the 34th minute, and they went into the half-time break with a stellar lead.

But they let the momentum slide away almost instantly in the second half, failing to conjure up the pressure from Celta. A Marc-Andre Ter Stegen mistake allowed Iago Aspas to give his side a glimmer of hope, and 20 minutes later, Nolito headed home a second.

A lot of action towards the end saw three Barcelona players get cautioned in injury time, and in the 96th minute, it was Aspas again, whose goal took the roof off the Balaidos.

Real Madrid were in action in a late kick-off against Rayo Vallecano, and Karim Benzema was once again on the scoresheet for the Bernabeu side. Toni Kroos volleyed a ball from Marco Asensio into the top corner, giving Los Blancos a lead inside 15 minutes.

The Frenchman doubled the lead with a well-disguised run between the centre-backs, and David Alaba’s cross was met by the striker in the 6-yard box.

They managed to keep the lead until the 75th minute, but a goal from veteran Radamel Falcao made things interesting in the final 15 minutes. The experience of Madrid helped them see through the fixture, and this win takes them to the top spot on the table.

Athletic Club were left with a stunning defeat at San Mames. Salvi Sanchez scored a sensational goal from a tight angle to give Cadiz a very early lead. Despite multiple attempts at goal from Athletic, Cadiz had a much-needed win.

Espanyol had a sensational outing at home, making them only the second side besides Cadiz to keep a clean sheet on Saturday. They attacked right from the get go against Granada, and got rewards for their perseverance. Adria Pedrosa opened the scoring around the half-hour mark, with Raul de Tomas doubling it towards the end of first half.

They managed to see the game through with that lead, and that win took them to the 10th spot for the time being. Alaves got a much-needed 2-1 win, which pulled them a little clear from the relegation zone. Two late goals from Joselu cancelled out a 13th minute goal from Jorge Frutos, as this win took them to 13 points in the season.