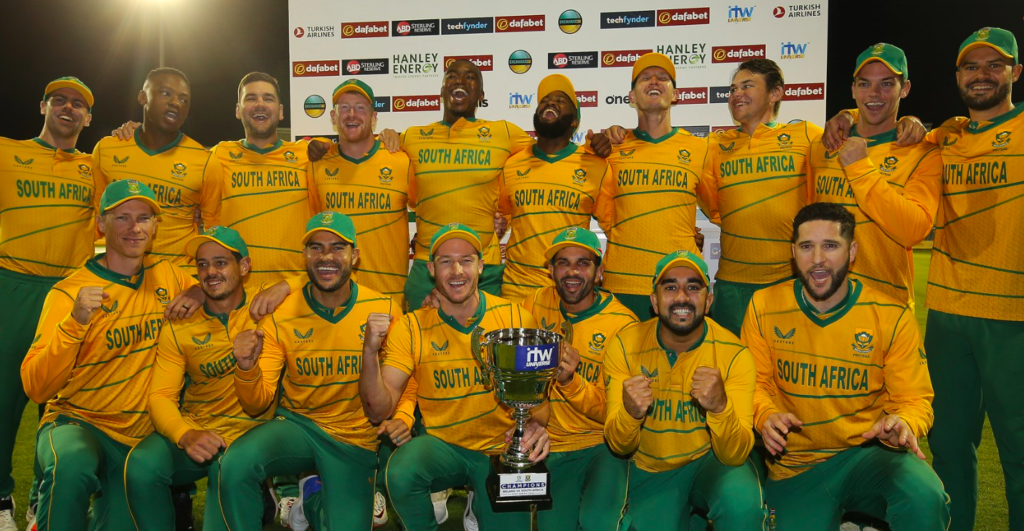 The Proteas continued their good run of form in the run up to the all-important T20 World Cup with another series win in England. They gained a dominant victory against an Ireland squad at the Gloucestershire Stadium in Bristol on August 5.

T20 veteran Wayne Parnell made a strong case for himself with a mighty impressive five-wicket haul which derailed the Ireland chase, giving his side a comfortable 44-run win. It was a rather disappointing game for the Irish batsmen, barring stalwart batsman Paul Stirling and the in-form Harry Tector.

Medium pacer Barry McCarthy did chip in with an entertaining cameo, but it was a case of being too little and far too late. The 2-0 series win will definitely buoy the South African side, which was very close to semi-final qualification just a year ago.

Ireland skipper Andrew Balbirnie won the toss and decided to put the Proteas into bat. In a repeat of the previous game, Reeza Hendricks started off in fine fashion, scoring boundaries at will, while Quinton de Kock and Rassie van der Dussen went back into the dressing room after disappointing performances.

Aiden Markram was able to steady the South African ship with an explosive performance and set up the innings for the carnage that was to be delivered courtesy of skipper David Miller and Heinrich Klaasen. The two scored valuable quick-fire 30s before Dwaine Pretorious once again proved to be a valuable finisher, as South Africa’s innings ended at 182/6.

The early part of the Irish innings can be best described as a Parnell special, as the left-armer ripped through the Irish top-order. His blast got rid of both Balbirnie and Lorcan Tucker for ducks before also getting the prized scalp of Stirling.

Tector tried his best to stage a comeback, but Pretorious’ spell was too much to handle for the rest of the Irish batting. Parnell struck a further two times before the Irish were well and truly exposed. Despite McCarthy’s heroics, it was only a matter of time before the Proteas walked away with a crushing win, taking the series 2-0.