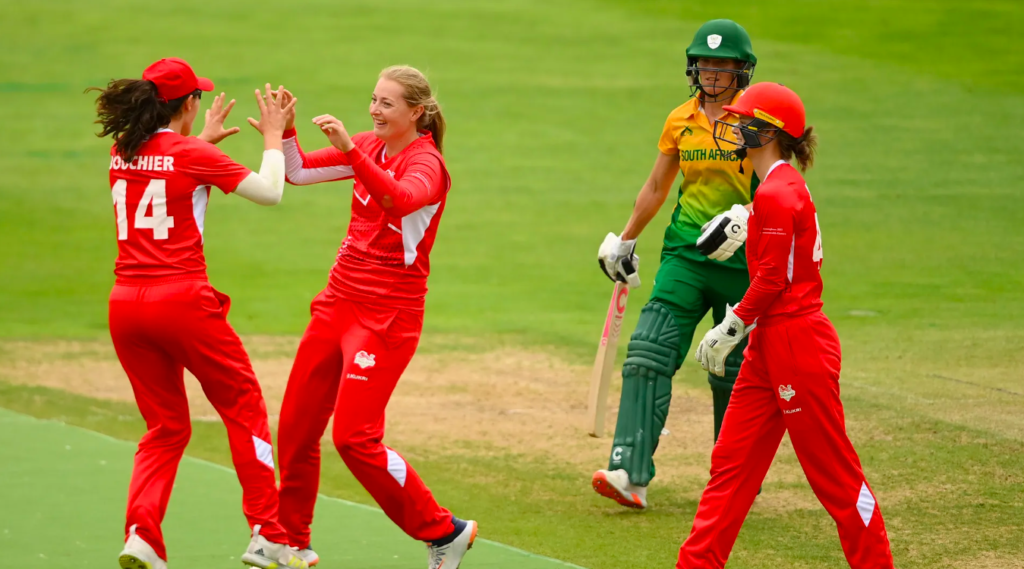 Group A may not be finalised yet, but Group B of the Commonwealth Games 2022 T20I event has had its semifinalists set in stone after August 2, where England and New Zealand won their second matches against South Africa and Sri Lanka, respectively.

In the afternoon game played at Edgbaston, England came out triumphant by 26 runs after posting a fighting score of 167/5 in their allotted 20 overs. Their South African counterparts couldn’t simply withstand the challenge posed by the opposition bowlers and mustered only 141/4 in response.

The hosts found three stand-out performers with the bat, led by Alice Capsey, who struck an impressive 50 off 37 balls. She was backed up earnestly by Amy Jones (36*) and Katherine Brunt (38*), with the middle-order duo making critical thirties to their team’s cause.

Brunt backed her batting exploits with a restrictive spell of 1 for 16, similar to the bowling efforts by skipper Natalie Sciver (1/18) and Sophie Ecclestone (1/21).

England’s rounded performance proved too good for the Proteas women, who had only two of their players – Shabnim Ismail (2/24) and Laura Wolvaardt (41) – rising to the occasion in a virtual knock-out game.

The hosts at least had their moments to rejoice, while the Sri Lankans were mostly crushed by New Zealand in the evening match, especially with bat in hand.  The emerging Asian rivals had a decent outing with the ball, reducing the White Ferns to 147/7, with decent spells from Inoka Ranaweera (3/30) and Oshadi Ranasinghe (2/31).

Thereafter, though, it all went poorly for them as their batters once again failed to give a good account of themselves, making only 102/8 in their allotted 20 overs, handing NZ a win by 45 runs.  In a dispiriting scorecard, only one of their players – Nilakshi de Silva (36) – could claim to have played the opposition bowlers with any sort of command and authority.

New Zealand, too, had their stutters with the bat. Suzie Bates was their top-scorer with a 32-ball 34, while Brooke Halliday (22) and Lea Tahuhu (20*) were the only others to enter the twenties. Hayley Jensen led the pack with the ball, taking three wickets for just five runs off her four overs.