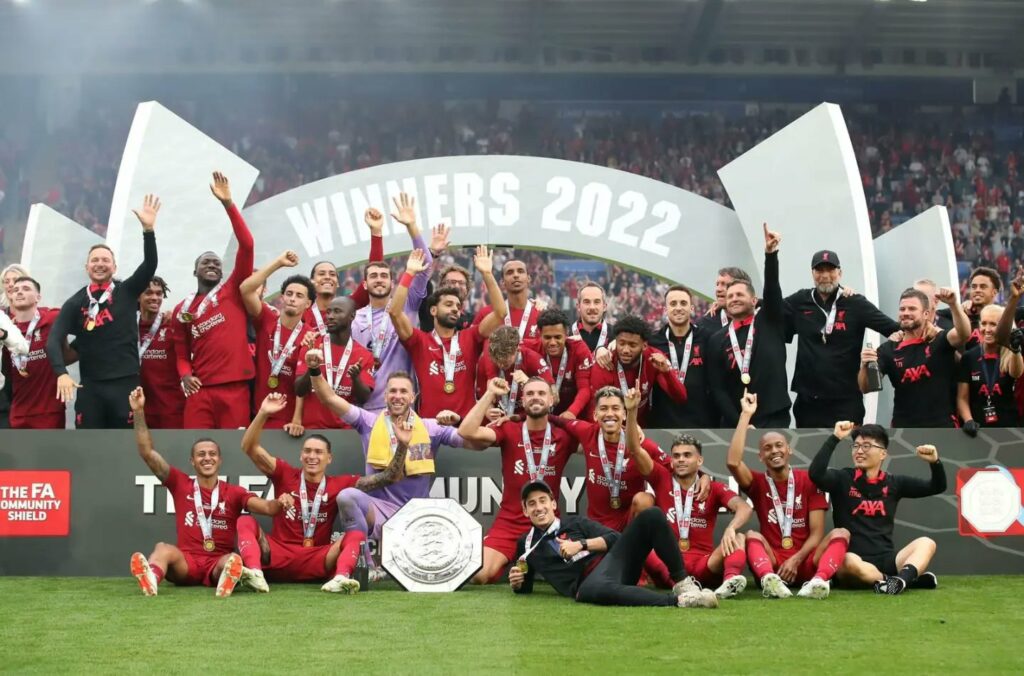 The FA Community Shield blows the whistle to kickstart the English footballing season, and if what we saw on Saturday was any indication of the future, we are in for a sensational footballing campaign in 2022/23. Manchester City, who claimed their fourth Premier League crown under Pep Guardiola by the skin of their teeth last season, did not look at their best in this fixture, and the score line was no aberration of their haplessness.

All eyes were on the two big forwards who joined City and Liverpool, Erling Haaland and Darwin Nunez. It may not be the indication of what’s to come, but it’s Uruguayan forward who has won the first battle. Jurgen Klopp decided to keep him on the bench, whilst Guardiola named Haaland in the starting lineup.

Mohamed Salah had a golden opportunity to open the scoring inside three minutes for the Reds. He managed to cut through the defenders on the right side in his own quintessential way, but his shot rippled the side-netting. It wasn’t the last time on the day when a player found the side net, with Andrew Robertson doing the same on the opposite side a few minutes later from a Trent Alexander-Arnold cross.

Whilst City did have their moments in the midfield, they struggled to penetrate through and create big chances. The Citizens were duly punished soon enough with some smart wing-switching from Thiago, who found Salah with a delightful aerial ball. Salah set it up for Alexander-Arnold to take a shot from just outside the box, and the fullback finished it imperiously.

Kevin de Bruyne had a good opportunity to equalise soon, with the midfielder running through into the six-yard box. The angle was acute to shoot, but he took his chance and was off-target. The Norwegian forward then had two golden chances inside a minute, and surprisingly he failed to convert both of them. While he did show some good physical strength in the first opportunity, he just couldn’t direct Silva’s cross into the goal.

Riyad Mahrez was regularly involved in the first half, but blew a big chance in the early seconds of the second 45. He took a great first touch of Rodri’s through ball to set up a clean opportunity, but Adrian made himself big to save it. Nunez came off the bench and nearly made an impression just minutes into his debut, but Ederson was quick to close the gap and made a stunning save.

City had their equaliser slightly against the run of play from an unexpected source on the day. Julian Alvarez, the other forward making his City debut, nipped it home from close range after Adrian failed to clear Phil Foden’s shot. But that changed nothing for those in Blue, as the Reds only got better post it.

Nunez’s header managed to clip Ruben Dias’s hand in the box, which initially wasn’t penalised, but upon VAR intervention, Liverpool had a penalty in the final 10 minutes. Salah rocketed it to the keeper’s left. In the stoppage time, Robertson set up a beautiful chance for Nunez to head home his first Liverpool goal.

Liverpool maintained the intensity from the get-go and were the more clinical side on the day. Klopp managed to lay hands on his seventh title since joining the Reds and continues to strengthen his legacy at Anfield.