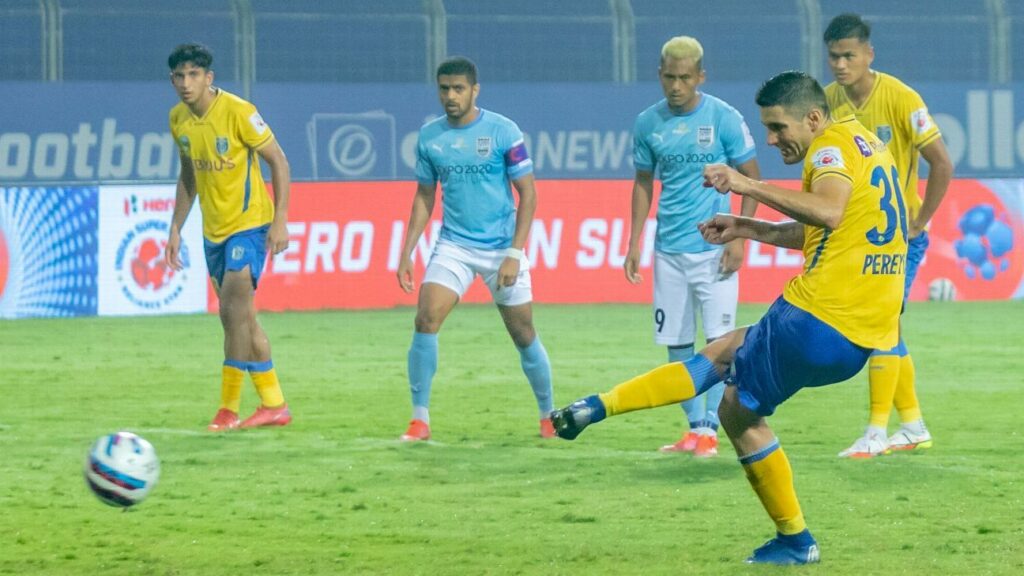 Diaz appeared 21 times during his one-year stay at KBFC, scoring eight goals. He is known for his off-the-ball movements and ability to support creativity in both the middle and final thirds. His partnership with former Jamshedpur star Greg Stewart is expected to energise Des Buckingham’s attacking division.

Diaz began his professional football career at the age of 18 with second-tier league side Club Ferro Carril Oeste in his native Argentina in 2008. After five years, he transferred to Club Atletico Lanus to win the 2013 Copa Sudamericana.

His next assignment took him away from Argentina, as he joined Malaysian Super League club Johor Darul Ta’zim. Despite having netted 28 times in 30 appearances over four seasons, he spent periods on loan at Independiente and Club Leon.

In 2018, the forward returned to Argentina and re-joined Lanus. He spent several years in various South American clubs, including Bolivar, before joining Kerala Blasters FC on loan from Platense for the 2021-22 season.

Following the arrivals of Stewart, Rostyn Griffiths, Alberto Noguera, Diaz is Mumbai City’s fourth foreign signing. Stewart and Noguera, like Diaz, have previous ISL experience, while Griffiths is a seasoned defender. Mourtada Fall and Ahmed Jahouh’s contracts were also extended by the club for another season.

Mumbai appear to have found a structure with their recent signings, with last season’s disappointments now a thing of the past. With plenty of attacking players joining their roster for the 2022-23 season, the Islanders will pose a significant threat to every team.

The Mumbai club will try to improve on their fifth-place finish last season. When the season begins in a few months, they will look to mount a title challenge.