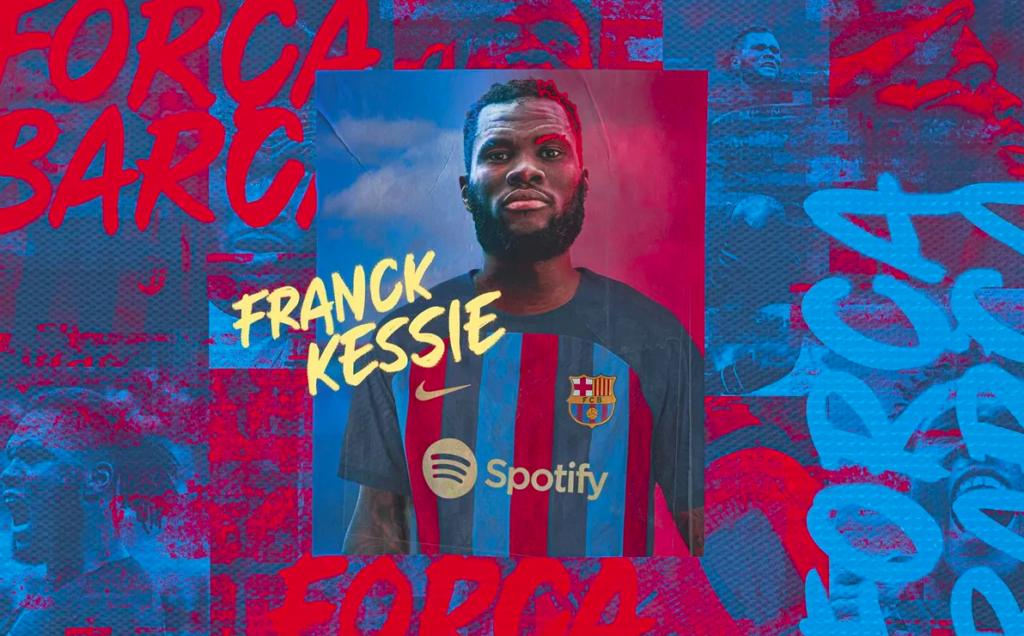 “FC Barcelona and Franck Yannick Kessie have reached an agreement for the player to join Barça after the end of his contract with AC Milan.

Over the last three years, Kessie has established himself as one of Italy’s top midfielders, taking his game to the next level following a permanent move to Milan from Atalanta in 2019. As the 25-year-old approached the end of his contract at San Siro, speculation about his future raged, and Barcelona have now won the race for his signature.

Kessie underwent a medical before signing a four-year contract at Camp Nou, and he will now join the rest of the squad for pre-season. Barcelona are said to have offered the Ivory Coast international a salary of 6.5 million euros per year, with the possibility of an increase based on performance-based add-ons, reports Goal.com.

Barcelona have confirmed that Kessie’s contract contains a significant release clause. Potential suitors will have to pay 500 million to wrest the midfielder from the Blaugrana before his contract expires in 2026.

Kessie made 223 appearances for the Rossoneri, including a two-year loan spell at San Siro, and scored 37 goals and provided 16 assists. The midfielder was named to the Serie A team of the year for 2020-21 and helped the club win its first Scudetto in 11 years last season.

Barca were able to register Kessie after agreeing to sell 10 per cent of their La Liga TV rights to global investment firm Sixth Street Partners. That transaction will be worth a total of 267 million to the Blaugrana, who have been working to balance their books after incurring record debts in 2021.

Kessie will be joined at Camp Nou by another free agent, Andreas Christensen, while Barcelona have also freed up funds to pursue primary targets like Bayern Munich’s Robert Lewandowski and Leeds United winger Raphinha.