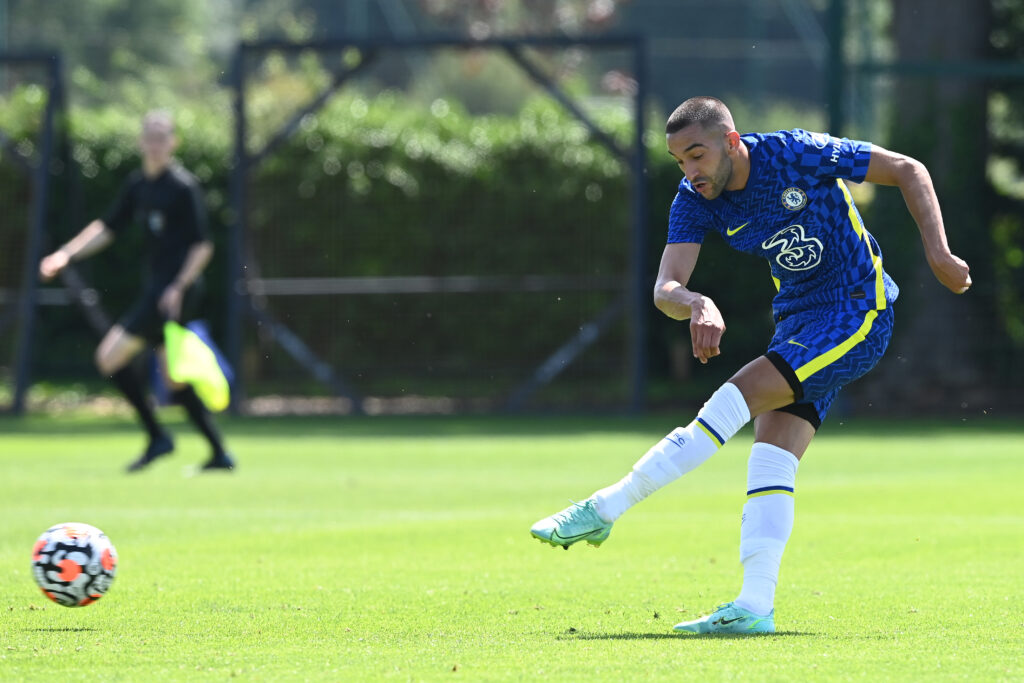 AC Milan and Chelsea are in talks to find a desirable agreement for the exchange of Hakim Ziyech – claim multiple reports. The Moroccan playmaker joined Chelsea two years ago from AFC Ajax in a 40 million euro deal but has failed to find consistent form throughout his time in London. The midfielder made 23 appearances out of a possible 38 in both his seasons with the Blues and scored six league goals.

As per Fabrizio Romano, the two teams have been negotiating Ziyech’s release for the past two weeks, but a common agreement hasn’t yet been found. However, Chelsea manager Thomas Tuchel accepts the idea of letting the Moroccan leave this summer, while the player himself is keen on a switch to Milan.

According to Calciomercato, Milan are serious about their interest in Ziyech and will accelerate talks in the coming days after tying down directors Paolo Maldini and Ricky Massara to new contracts. The Rossoneri are presently proposing the idea of taking Ziyech on loan for the season for 5 million euros and including an obligation to purchase him outright at the end of the season for 20. However, Chelsea are asking for the total package to reach 30 million, thus bringing it closer to what they paid Ajax two seasons ago.

Ziyech’s arrival could end Junior Messias’s Milan spell, continues the report. Milan loaned the attacker in from Crotone towards the end of the 2021 summer transfer window, but are yet to trigger the option to purchase him out of his contract. The Serie A champions have a chance to buy Messias for four million, however, advancement in the Ziyech deal has forced them into reviewing their options for the time being.

Milan have already made the loans of Antonio Mirante and Alessandro Florenzi permanent but are yet to bring in a new signing this summer.