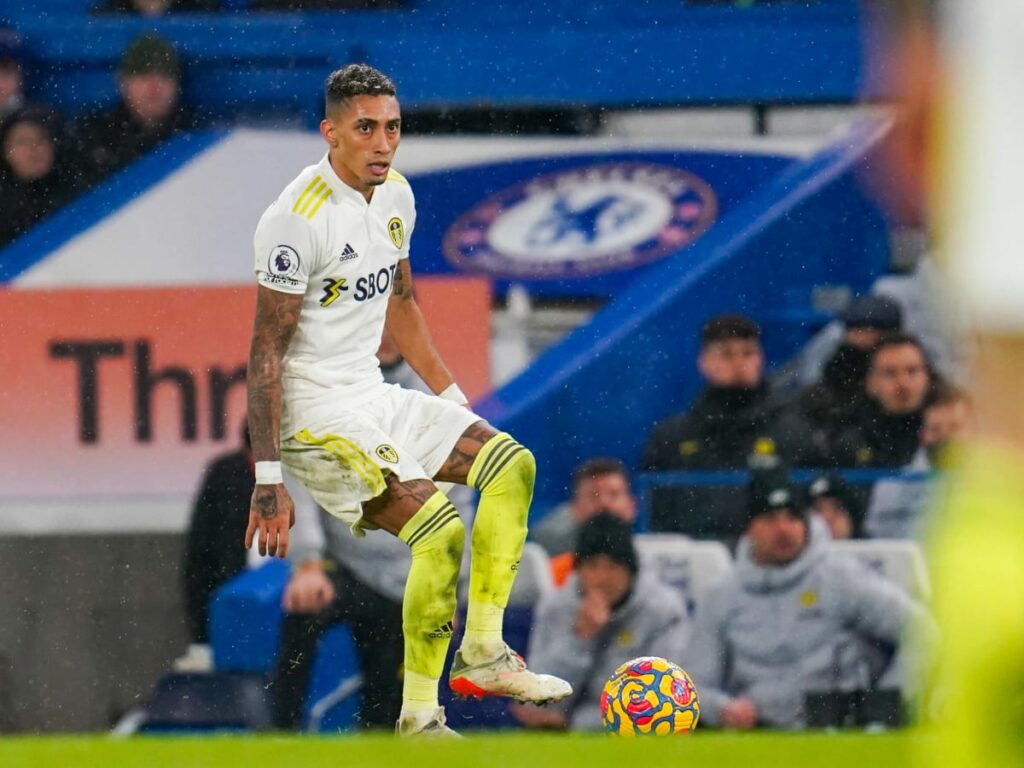 Chelsea have raced ahead of rivals Arsenal in a bid to sign Leeds United star Raphinha, reports The Athletic. The Blues are nearing an agreement with the Whites over a transfer fee and have begun the process of nailing down personal terms with the player.

While the deal is yet to finalize, Chelsea are nearing an agreement with Leeds over a fee, rumoured to be in the upwards of 55 million pounds – a steep increase from the 17 million the club paid to sign the Brazilian from Stade Rennais back in 2020.

The Whites are ready to accept the bid, meaning the club will rake in 100 million by transferring out two key players, with Kalvin Phillips on his way to Manchester City in another bumper transfer.

Chelsea have also submitted a proposal to Raphinha and his representative, the former Blues and Barcelona star Deco, to wrap up the transfer as quickly as possible.

As per reports, the Londoners are offering the Brazil international a 6 million pound per year wage for the next five seasons – an agreement between all concerned is understood to be close.

Arsenal, too, showed an interest in signing Raphinha earlier in the window. The Gunners tested the waters with Leeds by sending an official proposal, which the Whites rejected out of hand as it did not meet their expectations. Mikel Arteta and co are yet to return with a second offer, but they are now firmly behind their London rivals in the race to sign the 25-year-old winger.

Barcelona were also in the race for Raphinha, with Camp Nou his preferred destination this summer. But financial distress has left them behind the two Premier League giants in the race. As were Tottenham, but they have since moved to secure other targets, including Everton’s Richarlison.

Raphinha has spent two years each at Sporting Club, Rennes, and Leeds, since his breakout season at Portuguese Primeira Liga side Victoria Guimaraes. He has scored 61 goals in 245 appearances across four clubs in Europe.