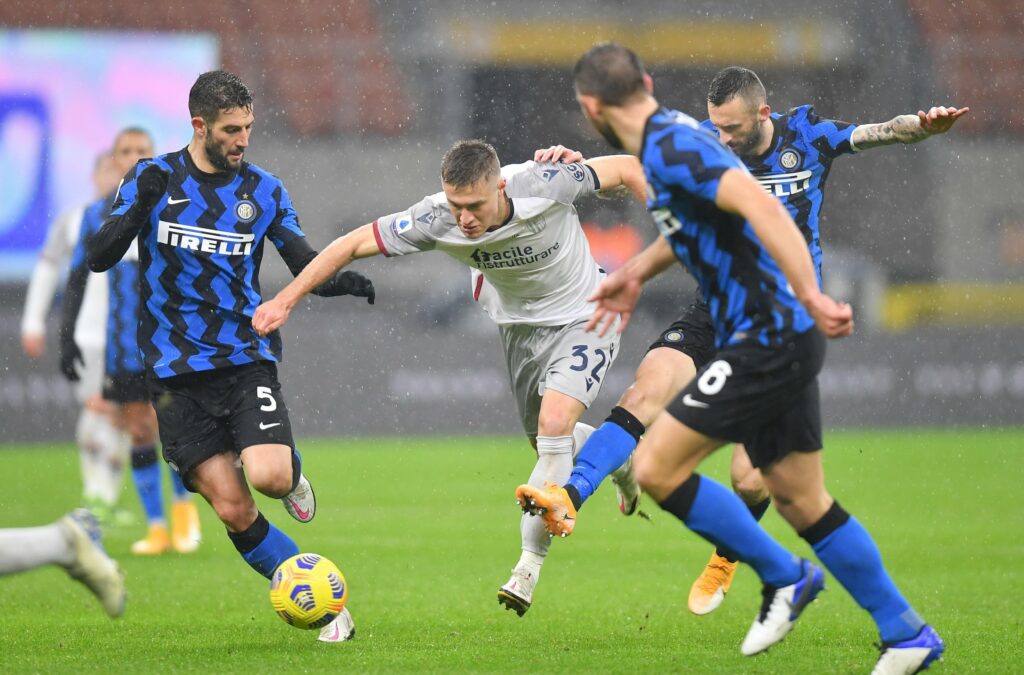 The Citizens currently seem to be running away with the Premier League and find themselves in the Champions League Round of 16 as well. Pep Guardiola’s side finished 2021 with just one regret that they had lost their first-ever Champions League final by a hair’s breadth, leaving which they had very little to be disappointed about.

As per Italian media, City are currently eyeing some midfield options alongside adding a major striker to the unit, something they have been trying to do for a couple of transfer windows in a row. They reportedly have some big names in the shopping list among strikers, due to which, they might be eyeing a more underrated name for the midfield position.

According to Calciomercato, the blues of Manchester are looking to sign Mattias Svanberg from Serie A, who has been one of the most prolific young talents in Italy this season. The 22-year-old, who hails from Sweden, has been a star presence in Bologna’s midfield, raking up some crucial goal contributions for the side.

Rated at €15 million by Transfermarkt, the midfielder has five goals and provided two assists in the league for Bologna, who find themselves just about in the top half of the table.

His contract expires in June 2023, and the player has shown no signs of extending it, making the upcoming summer a very crucial one in context to his next chapter. The Rossoblu want to extend his deal until 2025 to ensure they don’t lose their prized possession for a cheaper value.

City are not the only club interested in getting his signature on the dotted lines, with Tottenham, AC Milan and Inter Milan closely monitoring his progress. However, it might get difficult for other clubs to level up with the attractiveness of Manchester City’s offer, who themselves have a lot of players entering their 30s.

The likes of Kevin de Bruyne (30) and Ilkay Gundogan (31) are no youngsters in the team, and Fernandinho (36) is in the final six months of his contract. Although there is no immediate threat for the Citizens to make instant replacements, they are looking to sign some young midfielders who can adapt to the Manchester conditions before they can let go of their established stars.